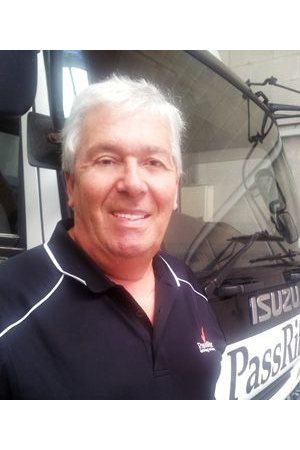 I have been actively involved with the driver training industry since 1992.
My first employment as a driving instructor was with Highway Driving School in Custom Street in the city. I was part of the team that was instrumental in developing a unique programme that delivered driver training. We delivered this programme 48 weeks of the year to schools throughout Auckland. The programme was over two weeks consisting of a week in a mobile classroom housing nine simulators where the students spent 1½ hours a day for the first week mastering the gears and clutch work. The second week was spend on the road. 3 hours a day 1½ hours driving and 1½ hours observation in the back. I purchased the company in 1974. It remained in operation until 1980 when it was attached by vandals and burnt. During the year of 1980 I spent it in America and while there visited similar programmes in the USA. On my return to NZ I started up a new company Driver Education Ltd and ran this until 1990 when I formed PassRite. I am still the founding Director and take an active part in the delivery of our products.. I was president of the New Zealand Institute of Driving Instructs (Inc) for 10 years and was heavily involved with the introduction of the Graduated Driver Licence process at a government level. Plus many other projects involving the Ministry of Transport and local government. I was also trustee of the PrivePlan Trust and I was the driving Instructors representative with Driver Education Trust.